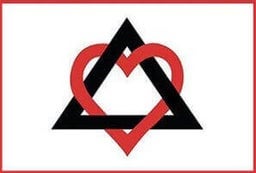 New Live Chat For The Subreddit!

6
Posted by2 hours ago

Just putting it out there again just in case more want to join and didn’t see the last post!

I started an adoptee discord a couple days ago and it grew very fast!! There are over 40+ of us, but we’re a close and tight-knit group and talks about adoptee topics like belonging, identity, and mental health. If you would like to share your experiences and story with us or are struggling with your identity as an adoptee,

please join at: Look forward to meeting you all :)

6
0 comments
2.3k
promoted•Posted by1 month ago
Comments are locked

I am struggling to accept that I know nothing

外围体育投注I (19 F) found out I was adopted about 7 months ago , and it was completly a shock to me. It was more of a running joke in the family, like hey you were adopted and I would laugh it off, even though a part of it never settled quite right. Even though I knew my mother and I couldn't be more different, even though I always had this hole in my stomache and felt like an outsisder or a bystander as such. Untill Finally, I head those 9 little words: " you are adopted, that's why we don't like you".

外围体育投注I moved in with my boyfriend not long after, feeling hurt and betrayed. They were emotionally and mentally abusive to me anyway.

I was in bed with my partner (19M) talking last night and watching a funny video about a first time mum struggling with her newborn, (another way of hinting how much I do NOT ever want children) and he said "that baby seems so chill though and quiet, apparently I never cried", and I replied "Niether...." then had to catch myself. "Oh nope never mind , they wouldn't know because they only adopted me at 3" and started balling my eyes out because this happens so often. Correction, I held back my tears and turned over so he couldn't see the two that ran away from me. But This happens all the time and its just frusterating.

外围体育投注"Oh, yeah I get that trait from my dad...wait no I don't because he isn't even my birth father." Which still is hard to accept. "Oh My first word was bubbles. Oh no it wasn't that was a lie, how would she know". I can't belive I even used to believe that.

外围体育投注All of these little things. Like how someone might mention my lack of lady bumps on my chest and I start to say "you know my mum didn't get them till her twenties" before realising she only said that to comfort me , because even if that was the case, she wasn't of my blood. Then there's the dillemma of not knowing whether to call them mum or dad, mother or father or someone and someone else.

And it makes me so godamn angry. Because I have no idea who tf I am. I know my birth parents now which helps. But basically my entire 19 years was a lie. And I have zero recollection of life before adoption. I know I was adopted at three and I have spoken to my birth parents, yet haven't met them yet, and my adoptive parents refuse to talk to me now.

So I'm adopted at a young age, my "mom" and "dad" would always tell at me because I couldn't understand something and the my "mom" would beat me for it and she recently stopped I'm 15 and she stopped when I was 12. Turns out I was diagnosed with ADD/ADHD when I was 6 and she would still beat me cause I couldn't understand shit. And IV been depressed my whole life and just recently I actually cut. And I'm just so lost and I don't know if anyone else here had similar experience. I never knew my real parents (birth parents)

My great aunt questioned my legitimacy to the family at a family reunion.

So my aunt is big into genealogy and thus, does some related activities at our family reunions. The last one we went to (4 years ago) we were all given different coloured stickers to denote what branch of the family we come from. I wasn't naive or anything, but when I didn't get a little sticker I was confused. I didn't know why everyone else had stickers and I didn't because I didn't know that my aunt was doing this. I asked my mom, and she got mad. Like raging mad.

The issue is, my mom is also adopted by my grandfather (the reunion was for his side of the family) as she is not his child, but she is my Nana's. She had a sticker, my brother had a sticker, and I did not.

外围体育投注So what does my mom do? She throws a fit at my aunt and called her many, many names. She said that if this "activity" ever happened again and I did not get a sticker, we would not be coming back. She ended up giving me a sticker but not without a "pure family genes" fight.

She pulled the same shit the next time, and we never went back. We cut contact from her and the rest of the family who agreed with her.

外围体育投注But it doesn't end there! I applied for a bursary through my families trust, and I didn't hear back for a full year. They claimed to have lost my application, but we think it was because my aunt was on the board of trustees for it and she purposely "lost" (aka, shredded) my application. I put up a fight and I eventually did get my bursary, but it wasn't pleasant at all.

外围体育投注Not really a point to this story, but I kind of want to see if you guys have anything similar!

Talked to my "brother" for the first time

外围体育投注Okay so he's my half brother and part of me for some reason feels like we're not related for some reason. Because we only share one "parent". It's like, hey you're not really my sibling but you are. Does anybody else feel kind of weird about the whole half sibling thing like this? Maybe it's just new for me. Anyways he seems like a really nice guy. He's several years older. It really surprised me because if anything, I thought he would be the sibling I have (I have multiple) that would be the most trouble in my life because of his past but we just started talking yesterday & he actually seems like a sibling figure I always wondered about having living as an only child. I obviously need to get to know him more to fully be able to say he's a good guy but he's the one sibling I have that wanted to get to know me after all these years but he said he didn't contact me till I was an adult because he didn't want me to disown my parents because they're good people. I hope this works out. It would be great to have a friend and a brother but only time can tell. It's exciting regardless. 😆 I'm trying to be careful because I know that meeting someone and who they are down the line can be two different people but I just can't help but feel happy.

Overheard something my Uncle said about me and it made me question on why my parents adopted (or what my mom’s side of the family thinks of me).

This happened a few years ago but it I still think about it. I was visiting my mom’s side of the family and I was sleeping. Where I was sleeping I could hear other people’s conversations but they couldn’t see that I was awake. So one day I heard my uncle talking to my cousin (his son) about me. He was telling the son how I have mental issues and they (my parents) thought I was autistic. I was tested for this as a kid and it was never confirmed. My uncle then said my parents didn’t know I had all these problems before they adopted me. First off it was known beforehand both my parents were alcoholics and my mom probably was drinking when she was pregnant with me. I received no prenatal care. I was stuck in foster care (where I got lost in the system) until I was 12 months. The first two years of a baby’s life is key for good development. I didn’t have a loving and nurturing experience until after I was adopted. While in foster care I was confined to a high chair and the other foster care kids would steal my food. My parents knew all about this prior to adopting me. The problem with the statement my uncle made is that is what my mom and her side of the family thinks of me, as a mental case, a problem. I do have a loving relationship with my grandmother ( on my mother’s side) and she has even defended my mental illness because she knows I have depression/anxiety. My mother bad mouths me so I know where my uncle got this idea from. Am I wrong for feeling hurt? Also we might be moving close to where my uncle lives/my mother’s side. How do I deal with this, tbh the uncle gives two sh$ts about me. I feel conflicted and sad.

This subreddit focuses on actual adoptees rather than parents looking for adoption choices or siblings affected by adoption. We welcome anyone from any aspect of an adoption to comment and contribute, but a community for adoptees is our goal.
2.6k