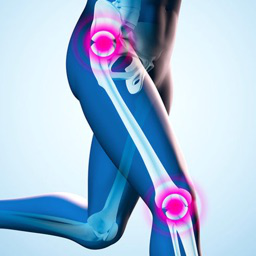 Hi everyone! Has anyone had success with pain management by using turmeric and/or collagen supplements?

28 m AVN in Scaphoid on the non dominant hand. I had a VBG surgery 12 months ago which failed. Went to the specialist today and was advised that the success rate of doing this surgery again is 60% and was advised that a wrist fusion is a better option. I dont really want to do a wrist fusion unless i really have to. The thought of losing the range of motion i have left from my original surgery and losing strength is daunting. I have stumbled upon articles online that have stated that people cant keep good hygiene post surgery ! Im not sure on how to move forward with this, is living and dealing with arthritis a realistic option ? Im very active, love playing sports and going gym however my job is behind a desk and requires little to no physical requirement. Any comments on this would be appreciated !

外围体育投注Finally almost time to get this old piece of junk outta me and upgrade to a brand new hip 😎. I’m so excited that it’s finally happening and a little anxious. Just waiting to make sure I passed my covid test and I’ll be all set. Anyone else getting theirs done this week and nervous about it at all??

Anyone diagnosed with AVN after FAI and labral repair? What was your experience leading to diagnosis?

I had surgery to correct the femoral acetabular impingement and a completely torn labrum in my right hip 5 years ago. I had a pretty large boney prominence that was shaved down and my femur was rounded out. Post surgery my hip felt much better and it has not caused me issues until now recently.

外围体育投注Over the last 4 months the pain has gradually been coming back and now it’s to the point where I cannot sleep, sit comfortably and it feels like my entire joint is collapsing. It’s significantly worse in the evenings after moving around all day. I feel like my bones are sliding around and I’ve fallen a few times from the sudden pain/imbalance. I also recently came out of a ulcerative colitis flare that was so severe I spent 6 months on a max dose of prednisone (now on high dose Humira and tapered off). I have taken it on and off since 2007 for flares.

When I saw ortho yesterday, AVN was his first concern and I’m getting an MRI in a week to confirm. Apparently I’m a textbook case with the previous surgery, auto immune condition, high dose steroid use for years and most recently. He said that he doesn’t really see it on the X-ray as it may be early, but noted that my joint capsule looks very narrow and is concerned. Arthritis was ruled out. It also could be another tear, but the collapsing/crushing pain seems to point towards AVN. I’m considering getting crutches off of Amazon to help take some of the weight bearing off of it and reduce my misery in the evenings. Has this happened to anyone else post FAI repair or post steroid use? What can I do for pain in the meantime? My ortho will not treat pain. And I won’t be able to get into pain management for over 3 weeks. That’s how I arrived at the crutches idea.

Hi there everyone. I just thought today that this sub Reddit might exist, and it does! Normally I don't like to moan about my problems, but this is starting to make my life pretty difficult.

I've be struggling with avascular necrosis of both my hips for around 5 years now, I'm 26. It's gotten so much worse recently, I believe because I've put on weight due to less movement (I know, a vicious cycle). It's effecting my relationship as we have a 6 month old boy and I can barely carry him without fear of my leg giving way. We can't go out anywhere that isn't within a hundred metres or so from the car. Anytime we are intimate, the pain instantly ruins the moment. We're struggling to find somewhere to rent because it needs to be ground floor with parking as I'm praying I get my operation date soon! (We have to move out in 2-3 weeks due to my family home selling). I've been waiting for a bone decompression surgery on my better hip for ages, but because I rely on that leg to walk I think I might just ask if I can have the hip replacement straight away on my very bad hip. I really need some advice from people who have been through this, it honestly feels like my life is collapsing beneath me. Feel free to ask anything, I'm sorry if this just comes across as a moany post about my problems.

So I just had my first hip replacement due to stage 4 AVN in my right hip, and it went well. However, when I was looking at the x-ray, I noticed my left hip didn’t look as good as I thought it should, and now I can’t get the thought that my left hip will start hurting soon out of my head. It has been keeping me up some nights, and I don’t know what to do. I got a core decompression on it a year ago and the doctors haven’t mentioned anything is wrong with it, but due to my terrible experience with my right hip, I can’t help but be anxious about what could happen to my left. Any thoughts on how to reduce anxiety? Also, I can share the picture with anyone who asks if they think they can give an informed opinion on whether I should be worried or not.

Just wondering if anyone here has experienced nerve pain or sciatica after their THR. I'm experiencing a shooting pain on my right thigh (I had bilateral THR on 22Jun). Everybody keeps saying that sciatica usually resolves on its own, but i doubt that any of them have had to deal with what we here have had to deal with.

外围体育投注I have an appointment to speak with my Ortho in a few weeks, but can anyone here give some insight?

A subreddit support group for people with Avascualr Necrosis (AVN) and their loved ones.
251