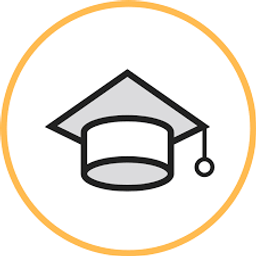 57
2 comments
•
promoted•Posted by18 days ago
Comments are locked

I am going to open my heart here because I have been having severe anxiety attacks and I don't know what to do.

外围体育投注Since I am coming from the developing world, I thought that scientific careers were viable in developed countries. After 1 year in undergrad and contacting a lot of profs and PhDs as well as looking at numbers on the internet, I realized that I will not have the financial payoff once I graduate. While studying in here, I do not have money to see my family nor my friends (even on Christmas), but I thought this would change after I graduated from undergrad and started a PhD, or maybe even after the PhD.

Once I realized that Physics, specifically the area I wanted to work on (particle physics) has terrible, terrible job outlooks, I have been considering switching to Electrical Engineering to have a better life with less financial trouble. I would also be back at my home country to study this, so no financial burden on my parents and I would be able to see them maybe once a year.

But I am having such an identity crisis. All my life I wanted to be a scientist, to discover the secrets of the universe, to ask fundamental questions. To be honest with myself, it wasn't research that attracted me: I merely wanted to understand the crazy theories. I just wanted to learn. After I realized that academia is idealised and a terrible career and decided to quit while I am still early in it, I started experiencing an identity crisis. I am afraid of being alone because I am afraid of my own thoughts, something that had never happened before. If it keeps up like this, I will end up in depression.

I am also afraid that I will regret my choice to quit, even though logically I know that if I don't quit I will regret it later. It feels like it does not matter what I choose, I will drown in regret.

I just wanted to know if other people had to go through this as well and how you managed to do it.

外围体育投注Not sure if this is the right place - or right way - to ask this question. (Forgive the newbie to reddit).

I have a really long article that's been brewing for some time - and coming in at 20,000 or so words, it is a bit ridiculously long. I don't know how to proceed with it, as chopping it into 2 or 3 smaller articles is not feasible. It would mean a lot of repetition of material between the different articles.

Do people have suggestions on which journals within a field close to folklore studies/mythology/european history/interdisciplinary studies would possibly accept such a behemoth of a submission?

Natural scientists, does your lab have a lab technician? Which country are you in?

During a virtual discussion with scientists based in different countries today, I was surprised to learn that in most of their labs, there's no lab technician. Although my lab has no lab technician, I thought it was uncommon because it's not convenient to have no permanent staff to deal with all the technical problems... But now I think maybe it's very common?

外围体育投注As far as I know, most US labs have a lab technician, if there're complex instruments in the lab. But it seems to me that in most European labs they just rely on PhD students and postdocs to solve technical problems. Is this true?

What about your lab? Which country are you working in? If you have no lab technician in the lab, how do you deal with complicated technical problems, such as an expensive instrument breaking down? Why does the PI not hire a permanent technician? Is there a time you're stuck for long long time just because of a problem with the instrument?

No matter which country you are in, I'm interested. I'm not just keen to know US and European labs, so if you're in Asia, Oceania, Africa, Latin America or Canada, feel free to talk about your lab.

What are your thoughts on individuals in academia changing their names? Specifically, women who marry and take their spouse's name, either in full or as a hyphenate. With publication of research, is this an issue?

This is more aimed at public health or medical research folks. Has anybody noticed a prioritization for covid related research in terms of review speed/turnaround and the likelihood of publication? Obviously, it's an important issue of our time, and research is always dictated by what is deemed relevant for the time, on top of methodological rigor, of course. Has anybody noticed this?

An online community for sharing academic works and discussion of issues and events relating to academia and the related political, economical, and social structures.
20.1k 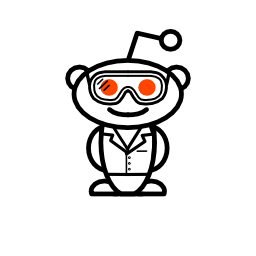